Breaking the Seal …. I will not comply

I will not comply with any laws that ask a priest to break the Seal of the Confessional.

The persecution begins soon and is coming to a State near you, laws that demand a priest breaks the Seal of Confession.  Most people by now would have heard of the ACT Legislative Assembly’s Bill to cover the Confessional, in certain cases. Basically, this means that the ACT Legislative Assembly has extended the ‘Reportable Conduct Scheme’ to include what is heard Confession. From March 2019, in the ACT, the Seal of the Confession will no longer be exempt under the Law in this Australian Territory.  This is the first time this has been tried in Australia, though it has been tried in the US.

I would like to remind all people, not just Catholics, that the Seal in Inviolable.

Canon 983.1 of the Code of Canon Law, the Catechism states, “…It is a crime for a confessor in any way to betray a penitent by word or in any other manner or for any reason” (#2490).

A priest cannot break the seal for any reason even to save his own life, to protect his family, to counter a false accusation, or anything else that people may dream up as reasons to break the Seal.  It cannot happen. (Read more)

Creating Laws that try to ‘compel’ a priest to break the Seal will not do anything.  All it will mean is that the Priest will face common law sanctions, up to, and including time in jail.

Perhaps a look into the past may help.  Remember these priest who were martyred for ‘refusing to betray the seal‘.

Will they try to force us? Yes.

Will they try to have a false confession to snare us? Yes. 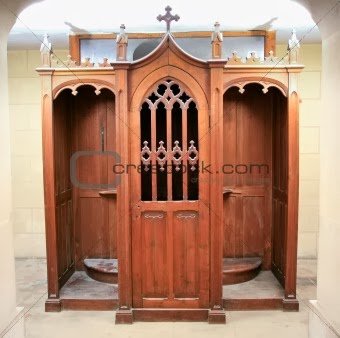 Do I think that at sometime, someplace, some loony priest will reveal what he heard in confession? Yes/probably.

Will some priests be sanctioned? Yes.

Will some go to jail? Yes.

Will I, and other priests comply? No.

For consideration; what I think should happen from hereon:

This entry was posted in Uncategorized. Bookmark the permalink.